The first game in the series was the game that named the whole ordeal; Dragon Slayer. A 1984 PC-88 game, Dragon Slayer can be best described as dungeon crawler with a rogue heart. The game is time consuming, as the player is gimped from the very beginning and has very little chances of survival at first. The game’s not very interesting, but what it spawned is.

Dragon Slayer II; Xanadu is a sequel and a progenitor at the same time. It could be argued that everything Dragon Slayer was Xanadu isn’t. While the mechanics are clunky today’s standards, it was one of the best selling PC game at the time. I’m not to argue against that, because the gameplay is pretty fun, even if archaic as hell.

Xanadu had a spin-off that should be rather known in the West, known as Faxanadu. If you ever wondered where the name came from, it’s a combination of Famicom and Xanadu. It’s ties to the Xanadu series is in the name and spirit, and the strongest weapon in the game is the eponymous Dragon Slayer.


Listen to that music

Currently the final instalment of the Xanadu series is Xanadu Next, a PC game released in 2005. Much like the Legend of Xanadu, this game has very little to none to do with its predecessors. It’s a dungeon crawling Falcom hack-n-slash with some indirect adventuring of Metroid and mold of games like Diablo. There’ very little story as such, but history of the lost kingdom of Xanadu is revealed from stone tablets you find. Gameplay is the most important part, and it delivers. The story is there to give a frame to it all, nothing more. The key item in the story, and in the game itself, is the legendary Dragon Slayer sword.

Also known as Dragon Slayer Jr., Romancia shares a lot with Xanadu’s gameplay mechanics. It’s a much simpler game, thou it’s practically broken in its core mechanics, where controls and damage distribution are completely off. Levels are large, but empty and with no content, and most of the game is based on fetch questing. Romancia isn’t what I’d call a good game.

Dragon Slayer IV; Drassle Family, or as known in the West, Legacy of the Wizard, is one of the most known Dragon Slayer game here in the west thanks to its NES release. Dragon Slayer IV is a huge game that will take a lot of time to go through completely, and some regard it almost impossible to beat without a guide.

There’s no story provided in-game, you’ll have to read it from the manual, as everything was made so that the powers of the NES could’ve be harnessed for the dungeon. Yes, the game is one huge dungeon that will kick your unprepared ass. It’s one of those games that are vast and extremely rewarding, even if frustrating as hell at times. You can spend hours just wandering around the rooms in the dungeon and end up finding nothing of value, but perhaps something that helps you advance forwards with another character. From the all games that have been released in the Dragon Slayer series in the 80’s, Drassle Family/ Legacy of the Wizard is clearly in the top three.

Dragon Slayer’s fifth instalment is Sorcerian, a game series which has an awesome Mega Drive box.

Sorcerian is what happens when you take Romancia’s mechanics and actually make it into a good game. Sorcerian gives you an impression of being brethren to Ultima and Dragon Quest, but is actually side-scrolling action RPG that has lots of things from both sides of the pond. Yuzo Koshiro also composed the music, so you bet it’s good. What ultimately separates Sorcerian from Romancia, outside being actually good, is that you have free reign of creating your characters. Sorcerian is quite honestly rather intimidating to get into, and the scale of manageable things are rather high, and the amount of menu text makes the Japanese versions almost impossible for those with no knowledge on moonrunes. However, when you get into the gameplay proper, you soon realize that Falcom’s love for action has taken better of them. The controls are simple and consist of three buttons; Melee, Magic and Change party leader.

Sorcerian Forever was released on 1997 for the PC, and is a second game in Sorcerian series, but not really connected to the Dragon Slayer series, much like Xanadu’s sequels. Falcom took everything that was in original game and made it smoother, better and shorter. Sorcerian Forever is a great RPG, but it’s way too short with only five scenarios, and Forever never got expansions like its predecessor did. However, Sorcerian Original hit PC in 1999. As the name implies, it’s a complete remake of Sorcerian with everything upgraded to an extent, and has all original fifteen scenarios playable, plus the five found in Sorcerian Forever.

Dreamcast got a Sorcerian game subtitled Disciples of Seven Star Sorcery, but the less said about this game the better.

Let’s go over this again in a simple way;

Of course, as new games are released, this will change with time. 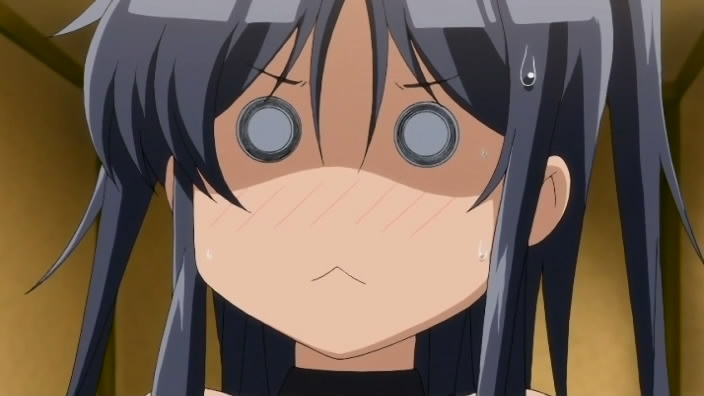 So, what kind of games are the Legend of Heroes games? The first one is a blatant Dragon Quest clone down to the grindy and archaic gameplay. It was a competent RPG when it came out, even if its only real contribution to the game industry was the Legend of Heroes series. The second game makes all things better, but isn’t really noteworthy. Both of them are actually pretty good games, especially if you compare them to Romancia. Then again, almost any other game developed is better than Romancia. Other than the Dragon Slayer name, these two have nothing to do with other Dragon Slayer games.

The Garghav trilogy consists of three games; The Legend of Heroes III The Moonlight Witch (Prophecy of the Moonlight Witch), LoH IV Vermillion Tear and LoH V Song of the Ocean. Falcom decided to drop the Dragon Slayer name completely, and the Legend of Heroes became its own entity. The Garghav Trilogy was brought to the west on PSP, but the translation was botched. It’s almost a machine translation, and a lot of little things are lost as are accents and some of the meanings. However, the gameplay is still good as ever. When Falcom decides to do something that’s their own rather just copying existing mechanics, they always end up with a good product. Look at Ys for another reference.

While I keep ranting that story needs to be kept down in games, Legend of Heroes is well known for its vast and complex storylines. Garghav is the one that actually began this trend, and all games tie to each other. The PSP ports aren’t bad, but you do feel their archaic design from the start, and the translation will cause you wonder what the hell is going on. It just doesn’t do justice.

The Legend of Heroes VI; Sora no Kiseki FC, or The Legend of Heroes; Trails in the Sky, is the sixth and arguably the best game in the Legend of Heroes series alongside its sequel. It’s story is grand and vast, but at the same time very small and kept within certain borders. There’s no real way talking about FC and SC separately, as they both carry the VI in their name, and are in reality just one big game that had to be split in two due to the sheer size of it all.

The gameplay has given an overhaul for the sixth games, and has elements of TBS games mixed with traditional Dragon Quest mechanics. There’s similar spirit in there as Skies of Arcadia, which we all can agree is a good thing.

Trails in Sky is ongoing series in the West on the PSP. The first game was released last year, and the second game is going to get released this year. The translation is superb and shows how much love both original developers and XSEED’s staff has put in there. Funny how Garghav Trilogy is actually fetching higher price from stores rather than Trails in the Sky, even if Garghav is all around worse product.

Trails in the Sky was well received by critics and players alike, as long as they tried the game. I’m recommending everyone to check it out, as it is one of the reasons anyone would want to own PSP nowadays.

Legend of Heroes; Zero no Kiseki and Ao no Kiseki dropped the numeric from their names, and thus are more in spirit of spin-offs of the Legend of Heroes games, and are more in-series with any game that carries the Kiseki name. Both of them have similar elements, and most likely take place within the same world, but in different continent or nation. They’re worth checking out just as Trails in the Sky is, but the language barrier is quite high as per standard Japanese RPG.

Nayuta no Kiseki is not even part of Legend of Heroes series, let alone Dragon Slayer. It carries the Kiseki name as according to the director there’s the same spirit the other Kiseki games have had. We’ll see how it turns out when it’s released.

Lord Monarch has to do the least in the series with any of its brethren, as it’s a real time strategy game with RPG elements. It’s an interesting one, as it has diplomacy option which changes the gameplay a little bit, but ultimately it fails as it is usable only during the first five minutes, and all it really does is delaying the war’s outbreak. It’s an interesting game and there’s very little games like it, but overall Lord Monarch should be left alone as it is.

I agree that my description on the games are lacking in detail and I’m overusing videolinks. However, this was meant to be an overview of the whole series. If you’re interested hearing more about a single game, throw me a comment and I’ll see whether or not it is doable.

One thought on “Short overview of the Dragon Slayer series”