Foilage Ocean in Celseta. I have to say that I’ve used to call this game by other names that Falcom has used in their music. 27th of September seems to be the release date and the game has seen some… changes.

This is not Adol Christin. Well, it is but not really. This is artistic detrition. The direction to which Ys has gone during the past years has not been good (Ys Seven been rather subpar game with very little to do with previous games) and so has the direction of art. Look at the above picture and tell me that it set in fantasy middle-ages or so. You can’t as it looks far too much like post-industrial clothing. 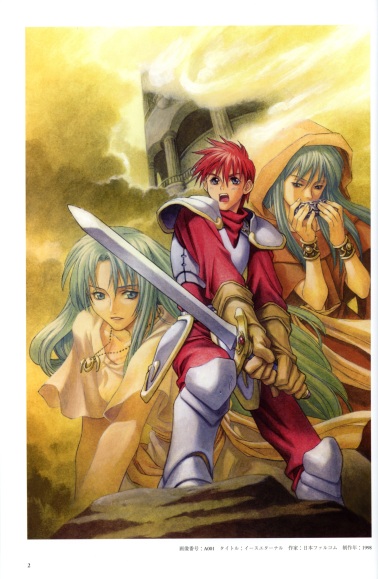 This is what Ys looked like ten years ago. 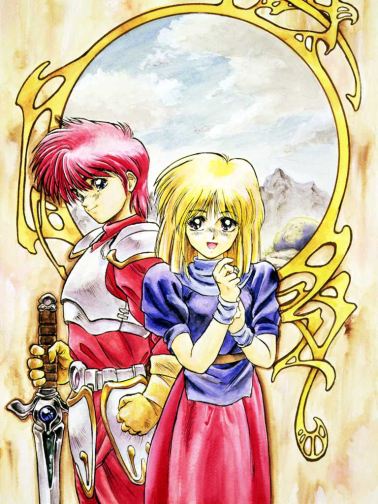 This is how Ys looked twenty years ago. Between those ten years the art direction did not change, it evolved. However, with Ys Seven the art direction began to change, and now with Foilage Ocean it has abandoned the direction it should have.

I had hoped that this game would have been the second coming of Oath in Felghana, which was incredible evolution of Ark of Naphistim in gameplay and art. However, Foilage Ocean seems to be a step away from these roots, as it follows the path Ys Seven stepped into.

I’ve got something against Ys Seven. I bought it at release and I was greeted with a good game which I’d recommend people to play. However, as an Ys game it lacked the same striking rhythm and overall quality that of Oath in Felghana, or even Ys Origin.

Falcom’s being stupid here, and much like their fellow developers they are rather blind. To say, they can’t really see the forest from the trees. They’re concentrating on one point that they find most interesting and amusing, and disregarding all else. It’s like Falcom’s watching at one mushroom only and disregarding that the forest roof has dragons. This is not anything new in the industry, unfortunately.

Foilage Ocean in Celseta began because it was asked how would Falcom do Ys IV. They were listening to their customers, which was good, but disregarded everything else afterwards, which was not only bad, but also extremely stupid.