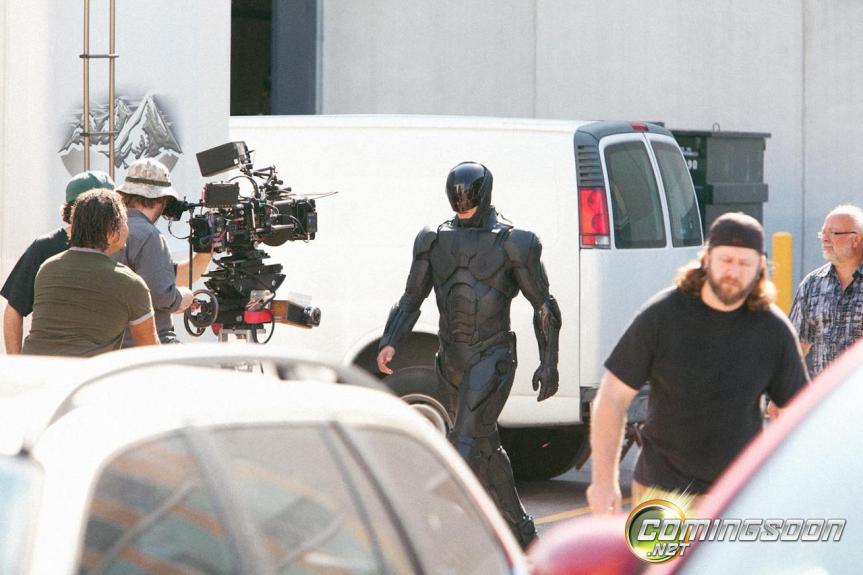 There’s redesigns and completely new takes on existing designs, and then there’s replacing designs. The updated design of the Jaguar E-Type is a redesign that works because it respects the original and looks pretty damn sweet. It still looks like an E-Type car but isstill having its own unique twists. This Robocop design is far from being as successful as aredesign, as it doesn’t respect the original in any way.

The original Robocop design was inspired by Space Sheriff Gavan, but that’s mainly thematic. Robot Cop isn’t the most unique idea, but Robocop’s take on the idea, and on the design, is nothing short of iconic and defining. That design up there is pretty damn atrocious. First of all it has nothing unique in it. It could be Iron Man’s stealth armour, it could be a suit from Mass Effect or any other generic 00’s sci-fi. You could say thatwhat they were aiming at and I’d tell you to shut up. The original design kicked in and made a following and lead into countless parodies. This new design is a follower and a parody. Whoever decided that this was the design to go with (and the designers who worked on it ) is a stupid man. I have nothing for them except contempt. It says a lot that I’ve used the same basic idea for a helmet design quite  a lot through these years. However, for appearance and somewhat menacing effect there would be two glowing dots inside the helmet where the eyes would be in certain situations.

If the core idea isn’t there because lack of skill, understanding, will or anything else, don’t do it. Just leave it alone and allow people who know what the hell they’re doing to do it in your stead. Then why are you writing a blog? Shut up I’m on a roll here.

They designed it as a suit. It’s not a suit. It shouldn’t look like a suit. In reality they’re both suits, but in the films they should not be. May God help them if they changed Robocop’s origin to a powered armour in this one. 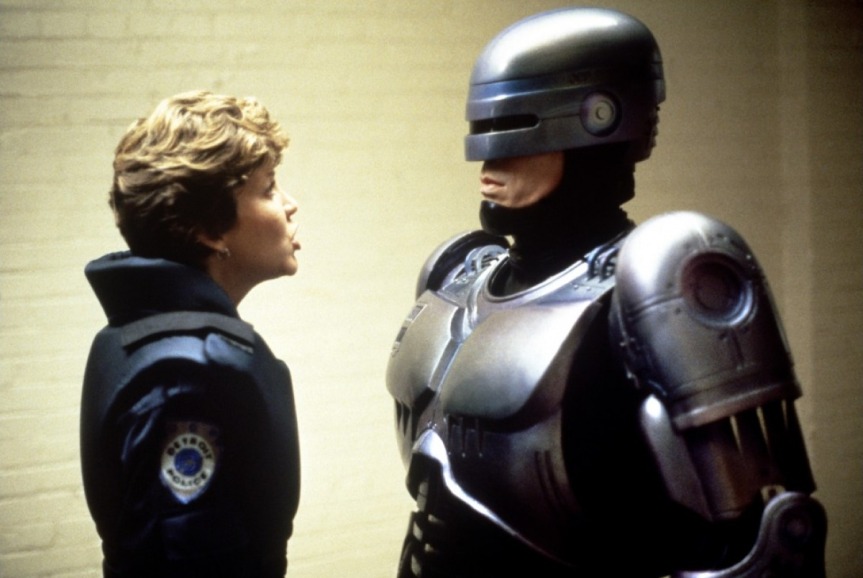 The original design, and the suit used, has those mechanical properties that make it look properly robotic. It’s intimidating, utilitarian for specific use and yet has a certain uncanny valley in there. The shoulders in the original are unmistakeably raised on top of the actor to give it a certain look and feel. The black parts, while stretchy, were masked with other black parts that meshed well with the silver outlook. Take a look at Iron Man’s production shots, and see how they managed to build the suit without relying on visible stretchy materials. It’s pretty awesome that they managed to build most of the suit like that.

Actually, if you look closely you can actually notice one point of design that’s important; the eyeslit.
The eyeslit, the red line in the helmet, looks menacing in the original. There’s no reason to have that in the new design. Why are they having it? Because it’s iconic. That just draws the question why aren’t they using other parts of Robocop’s iconic design as well? The new design would actually look better if they’d remove the red line and make the helmet completely black. Give in a mouth guard as well and you’d actually have a new kind of helmet that would work with the design. But then again, it still would look like an Iron Man/Mass Effect knock-off. The new eyeslit looks… well, like a red line. It has no function outside the cool factor, but it’s out of the place from the rest of the visual language of the suit.

I have no hopes that they’ll change the colour of the suit in post production. They’ve chosen to go with matt dark grey and they’ll stick with it. Too bad that colour is idiotic as hell. Why such a dull colour? Are you afraid that it might look toyetic when your original intention was to make Robocop into a goddamn transfomer? God that was a stupid idea. I want to punch a baby narwhal so hard that it would fracture the time-space continuum because of that. I’m sure that this colour choice was because of both 00’s trend of lolrealism and the recent movies that happened to have a character called Batman. Actually, just add the bat ears and you’d have a high-tech Batsuit right there.

Not having the silver colour, or somewhat shiny dark blue at least, goes against the idea of Robocop being seen. I do understand that this colour is much closer to the real life police uniform in colour that the original, but where’s the badge? If you take a close look at the left chest you might notice a shape that looks like a badge slot. Actually, I’d be OK with the design if he had a badge there alongwith all the other markings a police uniform may come with. However, because it’s dull grey and nothing more, the design just scream colours.

The original silver/bluish silver colour plays to the intimidation aspect. It tells that it’s made of sturdier stuff, that there’s no reason to hide. Whoever steps in with those colours on has no reason to cover himself; he is there to kick ass and take names. The new one is stealthy, and that’s part of the problem overall. Robocop as an idea even in-universe was meant to be seen. His presence would allow a safe feeling for the citizens and a presence of threat for the criminals. The black colours don’t do that unless they’re played for fear like Batman does, but the overall design doesn’t really allow for that overwhelming presence the original design gives out.

That’s the biggest misstep in the new design; it has no presence over anyone.

In that leaked picture Robocop has no presence over anyone, unlike in the screenshot from the first movie. Sure, they’re from a different environment, situation and all, but you can still see it. Or rather, you can still feel it. It just doesn’t work as intended.

I’m not saying that I don’t like the design, but it’s not for Robocop. It would work in some sci-fi flick where the cops would wear that as an armour and be called something like cybercops or the like. I can see this new design as a nudge towards Robocop, as a homage and as a parody, but not as Robocop.

Here’s an idea; redesing the original properly, and use this new design for mass-produced models that follow on the original’s foosteps. Just remember to add the badge and other flavours to them.

There’s a high possibility that this is just a stand in suit, and the body we’ll see in the movie is made through CG. The matte grey hints towards this to an extent, but that’s just idiotic; why make the suit out of CG when you can make it look good through actually having the damn thing in reality?