It’s enjoyable to see Nintendo, more specifically Aonuma, to come out from the closet and admit that he doesn’t give a shit what you like. Unless the investors and people higher than him tell him to do so. Being careful with the looks they go with isn’t the answer. The answer would be to use the style the audience wants the most, and the answer is to NOT use Wind Waker’s. Like the game as much as you want, but the truth is that Wind Waker bombed both on GameCube and on Wii U. Nintendo acts like a brat with Wind Waker, forcing their artistic vision on customers, who have now rejected it two times around. This isn’t healthy of Nintendo, from a company that is meant to make profit.

Aonuma has stated that he did not like the Spaceworld 2000 tech demo of Zelda, stating that it wasn’t what he imagined Zelda to be, it wasn’t Zelda he wanted to make. The quote continues Aonuma telling how the demo didn’t have any surprises and was continuation of the previous version. And you know what? People expected that. People were expecting the next Zelda to look like the tech demo did; the customers wanted to have that sword fight with Ganondorf. I’m preaching to the choir here, but it doesn’t matter what Aonuma thinks what Zelda should be and look like. All that matters is what the customer wants.

What Nintendo is really saying here is that they’ll use a style where they are able to incorporate their own twists and surprises and masking these elements into more wanted visuals. You can see this kind of approach in Twilight Princess to an extent, where there’s exaggerations all around, but Skyward sword’s visuals are Wind Waker lite. They won’t be careful in choosing the style, they’ll be more careful with in inserting their own wants into the style so that the customer wouldn’t notice them. Funnily enough, Twilight Princess has been more successful game than Wind Waker and Skyward Sword. One could also argue that it’s the best of the three games mentioned here, a sentiment I share.

Why is the style a huge issue? you may ask. It has everything to do with pre-established idea of classic sword & sorcery fantasy, a sort of Dungeons & Dragons visuals. The Legend of Zelda has always been portrayed in two ways; comically serious. If you take a look at any screenshot of Ocarina of Time, or even better, read the manual of the original Zelda, you’ll notice that all the enemies and characters are portrayed unrealistically, but still having a sort of relation to realism. Something you could find in a Heavy Metal magazine, actually. Japan’s own comic aesthetics have always been a major element in Zelda, and you can see that in pretty much every game. Until Ocarina of Time, these elements were very prominent and I’m a bit amazed we never saw a Japanese Zelda cartoon.

The Legend of Zelda cartoon in itself is a proof how Zelda was and still is visualised. Same with the Captain N version. Granted, their overall portrayal of characters isn’t what you’d call accurate, but the point stands. With Ocarina of Time, Nintendo had to show how it’s done. With that game alone, they killed competition, which has served them poorly in the long run. With the competition gone, Aonuma went all out with his personal vision of Zelda and it failed. I wonder how things would’ve gone if Yamauchi had been there. I wouldn’t be surprised to hear that Yamauchi was the one who wanted Shotaro Ishinomori to illustrate the A Link to the Past comic.

There are really three eras of visuals in Zelda; Pre-Ocarina, Ocarina and Post-Ocarina. This is an easy division, where all Pre-Ocarina games use more clean comic-like style, the Ocarina era takes the best of the previous era and works it into a mould in which everybody has seen Zelda in their minds’ eyes, and the Post-Ocarina era, where it doesn’t matter how Zelda should look, but how the director and artists at Nintendo want to look.

The visuals shouldn’t even be an issue. While there isn’t one set of aesthetics on how the Zelda series should look, there does exist an overall agreement on what is the best approach. While forums and discussion boards are filled with fanboys arguing over Link’s hair colour, the overall customers have already voted with their wallets. There’s a good damn reason why the original Legend of Zelda had a huge impact on the popular culture, why the sequel sold out before the release date and why Ocarina of Time appears in every Top 10 games list since its release. There’s also a very good reason why Majora’s Mask, Wind Waker and the DS Zeldas were bombastic in their success. It seems that whenever Nintendo decides to veer off their course from pleasing the customer, Zelda suffers from both visual and gameplay standpoint. Money speaks the loudest, and Nintendo just stuffs their ears full with bananas. 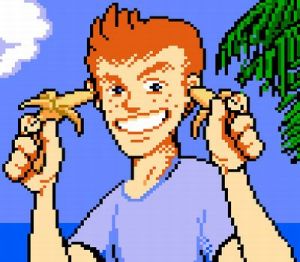 Speaking of bananas, that is exactly the reason why I’m glad Nintendo hasn’t show any interest in reviving the StarTropics franchise; they wouldn’t have any faintest idea what to do with it. They would be forced to do research on American culture and how American players like their games to look. They would have to give it to an American studio to produce under Nintendo of America. Then again, I could see Retro Studios doing some justice with the series, if they were ever given the chance. Nintendo, as they are now with the ideology of surprises, couldn’t do a proper StarTropics game.

This showcases a question; if Nintendo continues to push their own ideas what Zelda is and how it should look, how long are they able to keep this up? The answer has already been presented with Twilight Princess; not for a long time. Much like any other company, Nintendo needs money and the only way they can get money is to fulfil the customer wants and needs. They’re not there to realize their hopes and dreams in form of trophy projects, but to serve us the best dish according to the customers wishes as they are able to.