What common element is shared between Star Wars and Star Trek? Well, the title spells it already. With the Star Trek Discovery test footage revealed, the first reaction to many was Is that the Enterprise from Planet of the Titans? Those who are into Trek at least asked, and for a good reason. The title ship does indeed look like it was lifted from McQuarrie’s concept design for the refitted Enterprise. 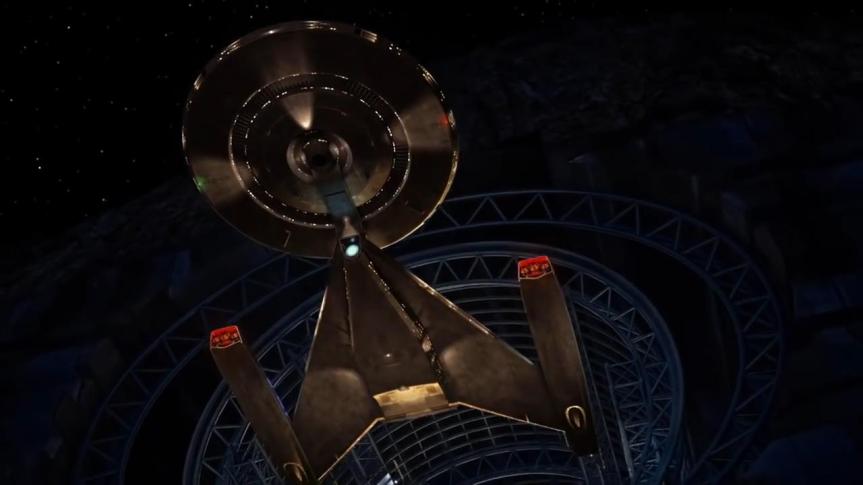 While U.S.S Discovery is still in the middle of design, it already shows the same basics being implemented. Flatter fuselage, forwards pointing nacelles and the overall wedged shape. Discovery has an arrowhead design with square nacelles to make it stand apart from MacQuarrie’s original with that round deflector dish added. Even the body colour is lifted from MacQuarrie’s design. It’s a tweaked design for sure, but far from original. Calling it an evolution is putting things diplomatic.

McQuerrie’s Enterprise went through revisions and even a study model was produced.

You can see that the core design from the concept didn’t change all that much outside the colour change. The biggest change is how the nacelles are positioned differently. Nacelles’ position is rather important in a design like this, as forwards position gives it a more aggressive look. This model was also seen in The Search for Spock in the background during the space station scene. In a way, it could be said that we’ve already seen Discovery’s base design on the silver screen, thou very few ever noticed it.

Star Wars has been doing this for some time now with both Rebels and Episode VII. Granted, it was claimed that the T-70 X-Wing design similarities to McQuarrie’s original was found only after they finalised the design, but I doubt this. 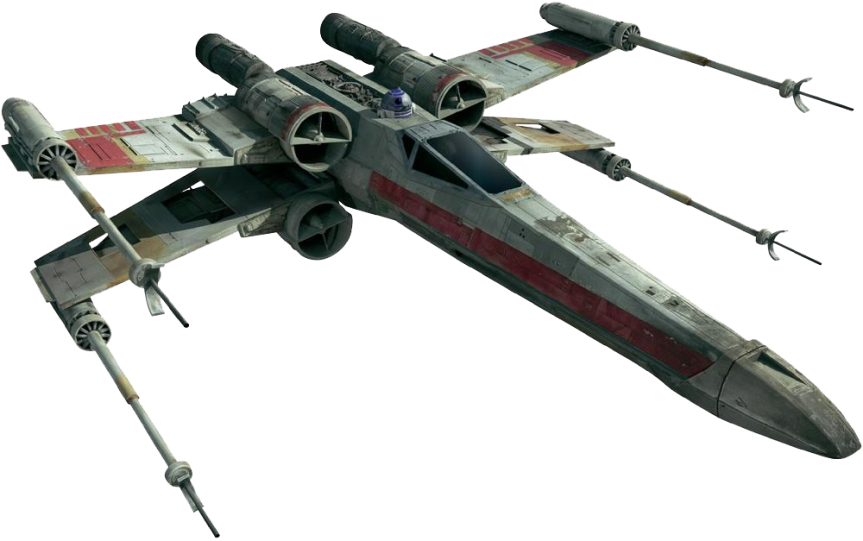 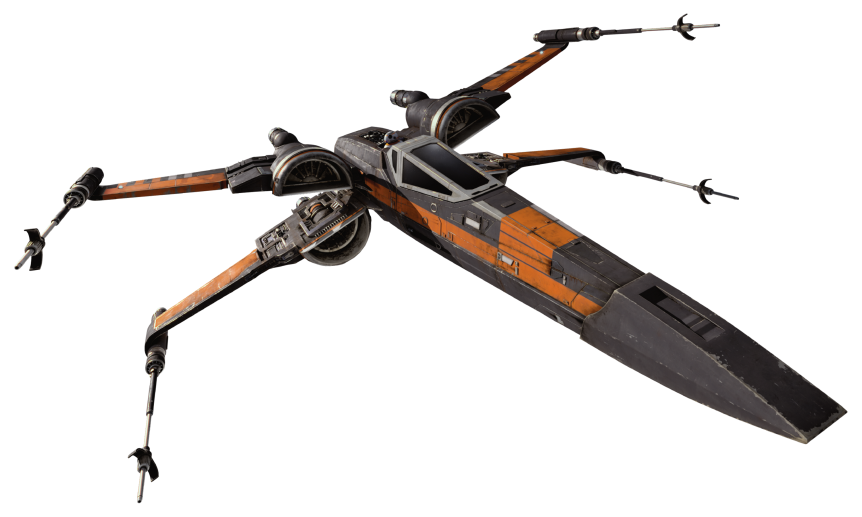 The concept, the classic, the new one

McQuarrie’s designs aren’t anything obscure and were he was largely celebrated designer. Granted, T-70 is just the base T-65B with intakes cut into half and altered wings, so chances are that it happened. On the other hand, it shows how little the designers wanted to touch the iconic design rather than give the mechanics in the movie their own feeling.

While an argument could be said that the initial concept for R2-D2 served as the source for BB-8, a small all-around utility robot isn’t all that special. 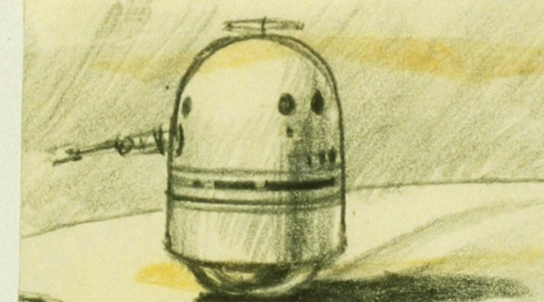 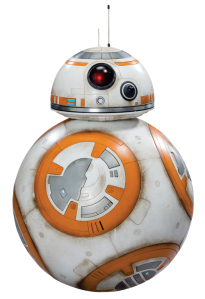 That’s one thing that the prequel movies at least did right with the starfighters and environments. While some of the design do look a bit backwards, Naboo Starfighter is a good example of a designer that gave Phantom Menace an intended look. The argument was that within that era ships were produced through crafting rather than streamed lined war industry. It shows, thou whether or not the designs themselves are good is up to opinions.

Episode VII also seems  to recycle elements from Luke Starkiller’s concept design for Rey, thou in this case it’s more likely that the idea of having people in a sandy planet dictated the design more. 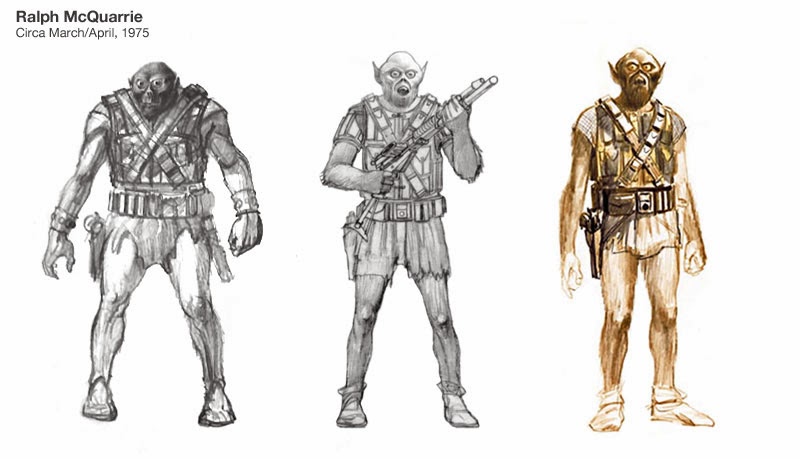 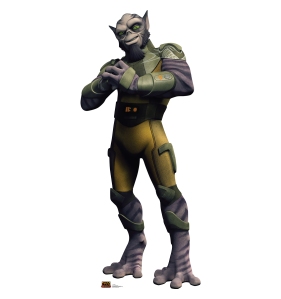 Garazeb Orrelios’ design is based on McQuarrie’s Chewbacca concepts. Much like other recycled designs, the design is tweaked not to be exactly the same. Zeb’s clothes stand apart from proto-Chewie and the feet have gone through a change. Torso, head and arms are pretty much recycled outside modernising the design into 3D cartoon form.

The other McQuarrie lifted element in Rebels is Kanan Jarru’s lightsabre. 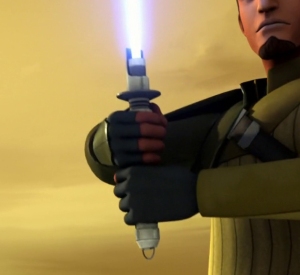 What separates these lighsabers from most others is the fact that they look more like flashlights with a blade of light coming out from them. Rebels’ design is a bit more in-line with the establishes designs, but the hand guard it has there betrays its origin.

A full-blown comparison between concept designs and new entries might be in order, though I’d need to watch all of Rebels and then some, something I’m not exactly inclined to do.

The point I’m trying to make is that it feels that modern designer within both of these franchises don’t seem to want to do originality. Instead, old concept works are recycled for various reasons, one being time and money. It’s easier simply to take an existing piece of work and revise it for further use than sit down and spend time to look for something new and original. This sort of approach feels rather weird, especially if it comes from a designer, as anyone who would like to work with either Trek or Wars would like to introduce their new designs to the franchise.

However, Ralph McQuarrie is a damn legend and is still a revered concept designer after his death. He is often put in the same league as Syd Mead, and this sort of idol worship can be see as the springboard why his designs are being recycled. They are excellent and are true to both franchises. That is another key; recycling old materials keeps the sense and style of the in-universe era in place. If we’re fair, modern designer will have a hard time to nail down fifty and sixty years old style just right. Sometimes they don’t just try to even match the era and then you end up with stuff like the Inquisitor lightsabre from Rebels that make no sense or fit in-universe era.

An element that both modern Star Wars and Star Trek seem to lack compared to their originals is ambition. Even when Star Wars was all about out the fantasy of the world rather than reality of it, each entry tried to create a new look. Original Star Wars trilogy always added something new that had similar used feeling to the universe, from Mon Calamari Cruiser to the Sand Barge. Star Trek kept itself technology’s visual progression nice and tidy up until Enterprise.

While showing respect towards old designers and their work is nothing to be scoffed at, it would be great to see current designer aim to create new and original. Practising their craft the best they can without resorting to recycling would add only add further value to any product. Maybe the best way to respect these veterans and the franchises overall would be to take inspiration from their works while still creating something that can stand on its own legs.

Then again the general audience doesn’t give a fuck about this so might as well go through where the fence is at its lowest.