To continue the theme of transforming mecha in a simple form, I’ve decided to take this chance to introduce another simple transformation, but one that isn’t a box and does alter its appearance quite a lot between its two forms. Furthermore, rather than choosing something that flies through the air, I’ve decided to pick one that makes some sense in its setting as well as is water bound; the A-6 Intruder, or the Tactical Surface Attacker Type 81, Wadatsumi.

Unlike Boxtron from one of the previous entries, A-6 Intruder requires some explanation about its role in-universe in Muv-Luv Unlimited/ Alternative. In a world where air superiority is not an option before a specialised enemy unit has been cleared off from the battlefield, an off-shoot branch has specialised on long-range combat and against enemy strains that are less armoured and smaller, but number in tens of thousands. The A-6 Intruder is the amphibious equivalent of A-10, another TSA. Both of them require to work in tandem, with Tactical Surface Fighters for effective warfare if they’re present. Furthermore, the A-6 has specialised in landing operations. These guys are the workhorse of things, able to take loads of damage and dish out about twice as much, reflecting the real world craft’s resilience. Effectively, they’re walking fortresses rising from the water and taking control of the beach, so the main force can move in.

If you were expecting a design comparison between this and the real life A-6, I’m not intending to do one due to the TSA effectively having no elements to go through. Well, outside the intakes that the 120mm guns were modelled after. The only real connections are the intention and relative role. The real world Grumman A-6 Intruder was a carrier-based attack craft that was designed around long-range and low-level tactical strikes. An interesting juxtapose is that the real world craft had no guns or internal bombing bay, whereas the TSA has nothing but build-in weapons. All the ordinance was mounted externally, and ranged from simple generic bombs to possibility of Mark 43 nuclear bomb. Fun fact, the A-6 delivered the most ordinance during Vietnam War than any other craft, including the B-52.

The design reflects the intended function. While not exactly apparent from its land mode, the whole transformation is made simple as possible while having interesting shapes to go around. Nevertheless, it still has some notably intricate, smaller form changing in its legs.

How the feet are pulled in during submersible mode is rather interesting for the reason that it’s slightly over-engineered. The question whether or not you’d want sharp double-heels when you’re landing on a beach, or walk anywhere on the sea bottom where its muddy as hell,  is a good one and probably the only individual detail that I can complain about. If you disagree, you go walk on the beach with stilettos. Don’t ask why I’ve done that.

The transformation has four main elements that change form. The head, the arms, the legs and the crotch piece. Just like some older Transformers, what A-6 essentially does it that is stretches itself out, with some twisting and turning here and there. This transformation scheme is dependent on water, as its submersible mode wouldn’t function on land. Maybe is space. Luckily, we do have step-by-step CGs from the Visual novels themselves.

Here we see the submersible mode with its head extended from the main body. This seems to be the first step in the whole thing. Overall speaking, we do see that the A-6 is pretty nice overall, though you can see sections on the arms that have crevices. Nothing major going here yet. 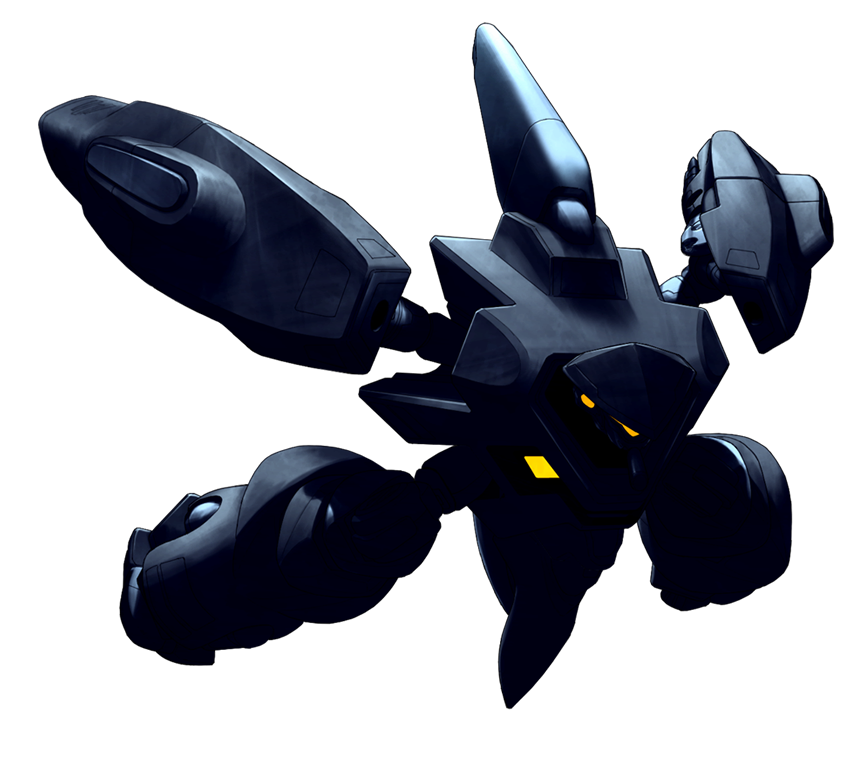 The second step is to extend the shoulder and hip joints beyond the main body. This is the first thing that leads to the rest of the breakdown, but to be completely honest, this and extending the head should one and the same step.

Here we see the hands extending forwards. These scene where this particular transformation takes place happens during a battle against a Tactical Surface Fighter. Hence, the arms are coming to grab something in-front of it. In order for the 120mm cannons to face forwards (as in the top image), they are required to twist 180-degrees forwards. The main shoulder pieces that keep the arms and 120mm cannons connected to the main body are still flat.

The last phase  is extending the crotch piece forwards, twisting the 120mm cannons forward while turning the shoulder pieces out and straightening the legs and feet. At this point the A-6 Intruder would be ready to land ashore.

This transformation sequence uses the exact same core idea as Boxtron. The initial shape is mostly dictated by its function as an amphibious weapons platform, which on the other hand does limit how the humanoid form stands up. Well, semi-humanoid, as the A-6 does away with most human proportions.

While the transformation is simple, the main difference with its initial starfish form and Boxtron is not the shape or the sequence, but that it contains third dimension. While Boxtron was strictly a two-dimensional, A-6 needs to rotate and extend sections in the third dimension in order to achieve complete form change. As mentioned, the scheme of designed to work under water and only under water and ultimately the whole design works around this. The thrust is kept to the same direction at all times and the only bit that would seem to have any control over direction is the crotch piece.

Nevertheless, the good old tuck-and-cover method is practised here as well with, well, everything really. The amphibious mode is streamlined in most parts and doesn’t exactly have any hard corners for the water or currents to drag on. The geometry is overall sound. Outside the feet, anything more complex would be redundant.

In-universe the A-6 Intruder isn’t exactly a showpiece, and its transformation gimmick does give it a higher cost, but it’s specialised role makes it shine. While we can debate whether or not the design itself is something to admire, the A-6 is nevertheless a good example of a purpose-designed form changing mecha.