While I haven’t followed what’s been happening with Pokémon for numerous years, I can’t really escape some of its news and whatever general stuff is happening due to friend circle having loads of friends who still spend about as much time gushing over the franchise as they did back in 1998. Guess how how many of them still live with their parents. However, I often check out what the new designs are like, because designs sensibilities with Pokémon has changed to the point of being constantly compared how they look like Digimon. There are some Digimon design articles on this blog by a visiting author, so check them out. This post is really how whomever designed and approved Farfecth’d long awaited evolution, Sirfetch’d, and how the design fails.

The original idea of the original Farfecth’d, as it stands now in the games, was largely a simple joke about the Japanese saying how something extremely convenient to the point derogation happens, hence the whole duck carrying its own leek theme. While the plant it carries is clearly a green onion, the games themselves simply called it a stalk or an unknown plant. In original design, Farfetch’d carried the leek in its mouth and was said to do so.

Majority of the time in games you can see this, though as early as Japanese Red you can see it leaning the stick against its wing. It wasn’t until around Dimaond/Pearl when it changed completely to holding the stick in its wing, which now effectively functions as a hand, which is also a breaking point in terms of design aesthetics when it comes Pokémon in general. However, Farfetch’d embodies the basic and the best approach in Pokémon design; animals with something interesting to them. In this case we have a duck with a leek as a sword-like weapon, and it can’t really live without its stick. Good for food, especially when it conveniently comes with its own onions. Just add a dash of salt and pepper and you’re done. Sadly, Game Freaks and Pokémon Company don’t actually utilise any sort of base guidelines and ideas when designing their new pocket monsters. This leads to stupid shit like Dhelmise or Stakataka, not to mention Trubbish or whatever that rubbish Pokémon’s name was, and let’s not forget Klingklang and Vanillite lines, which are metal gears and ice cream respectively. While some would argue that the first generation had its own designs in the same vain, but that doesn’t excuse literal trash bags and living cogs. A mysterious sphere could at least have some considerations behind it. But I digress.

Isn’t Sirfetch’d more of the same then? I hear Liam asking. No, it isn’t. Much like how modern designs want to push these monsters into direction of adding more shit for the sake of adding more shit, and having them act nothing like animals they originally were supposed to represent, Sirfetch’d seems to be fundamentally flawed despite the outer appearance. Farfetch’d was always a fighter, so naturally it should become a knight in this region based on United Kingdom, with jousting lance and a shield replacing its sword. This evolution is achieved via numerous fights and victories, making Farfetch’d change its typing from its usual Normal/Flying to pure Fighting. What a load of bullshit.

The thing that rubs yours truly here is that this isn’t thematically fitting. Nothing with Farfetch’d has been about fighting per se, but I guess that one Pokédex entry saying the species fights over good sticks was the source for this. Does that justify this design? No, as what we’re getting with this almost the opposite. Farfetch’d was a rarity due to people eating it, a fleeting Pokémon that will defend its stick. Defending does not mean it’ll stick to a fight to the bloody end, that serves no purpose. Farfetch’d evolution should’ve been more akin to a ragged warrior, like a ronin, rather than a white knight. These two clash against each other, but I guess it was more important to get a white knight in. What a missed chance to make an ugly duckling into a beautiful swan take, or a samurai crane.

It doesn’t help that the simple black V-crest on Farfetch’d’s forehead has now become its eyebrows, which of course can now be used to make joke macros and such, especially Golgo-13 kind. So does its weapon, and I’m glad to see someone going all out on the whole design.

If Sirfetch’d was a new design related to Farfetch’d rather than its evolution, it’d serve the purpose just fine. Make it a regional variant or some sort of alternative form tied to the region or an item it carries. Making Sirfetch’d an evolution means Farfetch’d, a duck that’s designed around a Japanese pun and has been seen to be tied to this in various media, now evolves into an English white knight. I just hope the shiny version will be a black knight and not the golden one I’ve seen floating around.

Then you have the point that most Pokémon don’t look like animals anymore, not even cartoon animals. Sirfecth’d might be a thematically missed opportunity, but it also clashes with its pre-evolution stage’s design by being from the new Ducktales. 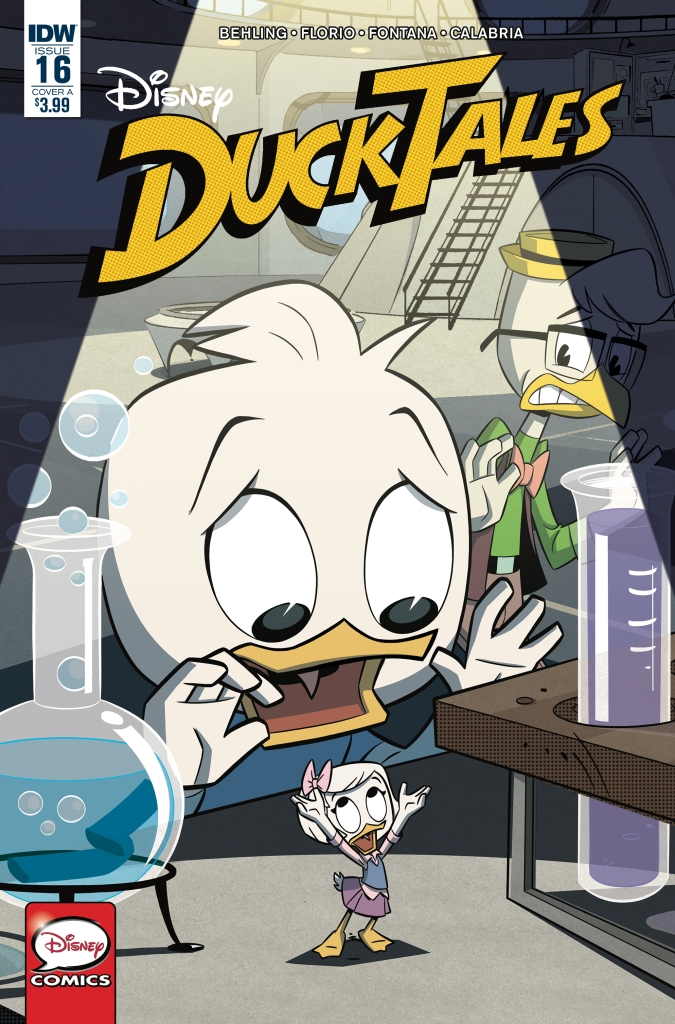 Really, Sirfetch’d looks like a cheap Chinese knock-off of a Disney character with its buff chest, smirking face and off white colour. It’s become a cartoon caricature of a duck knight rather than a Pokémon. Gone are the days when wings were wings, now they function as hands just as much Dewey’s do in the cover above. There is a distinct lack of animal in this duck. You can put this on how the style has been changing from game to game as time as gone by, yet this is a hard backlash from old to new. Sirfecth’d is a good example how incoherent design philosophies and lack of proper guidelines can result into clashing motifs between two directly related objects. Imagine designing a chair, but because it has to be different, you end up designing a chair that’s horrible to sit in. Sirfetch’d is far from the most worst examples in this, but it is very timely example. The argument that the new designer shouldn’t fixate themselves to the past can be made and is sound, but at the same time the results will be more and more Digimon like Pokémon, where both rhyme and reason has been abandoned, and there is no division or sense in the designs themselves. The brand as a whole has lost most, if not already all of its visual coherence and design aspects at this point, while its competing monster collecting franchises have still managed hold them together in more proper manner.